The saker falcon is an endangered and therefore strictly protected in many range states, especially in the western part of its distribution range. As a consequence, a series of international agreements were signed, which are targeted at protecting this species. The saker is listed in Appendix I of CMS (The Convention on the Conservation of Migratory Species of Wild Animals), in Annex II of the Bern Convention (Berne Convention on the Conservation of European Wildlife and Natural Habitats) as well as in Appendix II of CITES (Convention on International Trade in Endangered Species of Wild Fauna and Flora). Additionally the „Saker Falcon Task Force“ was formed in November 2011. More than 40 experts from over 20 different countries are working on a global action plan for the conservation of the saker falcon. In Austria the saker falcon is listed as „critically endangered“ due to the small local population.

Conservation measures should encompass all aspects necessary for the species’ survival. Suitable habitats like steppes and extensively farmed landscapes have to be preserved, as this also preserves the saker falcons prey.

Another important issue is the more rigorous control of illegal persecution of raptors and crows. The penalties are usually too low to compensate for the damage done. Misdoings against highly protected species should be inflicted with proportionate penalties.
Moreover more rigorous control of legal respectively illegal trade and hybrids should be carried out and natural breeding sites need to be protected. 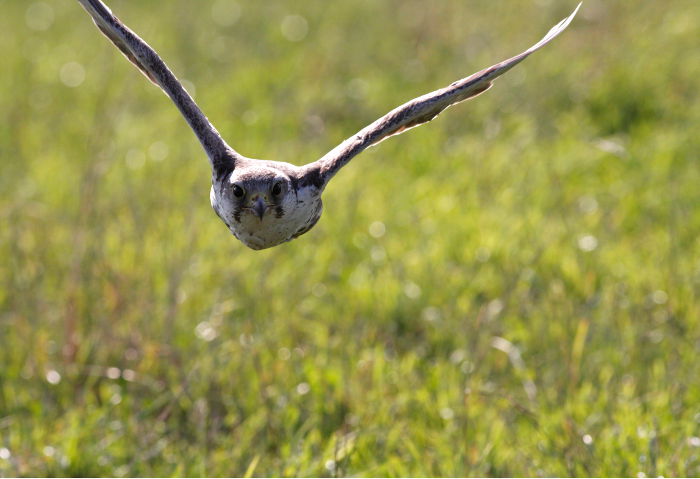 In those areas of the saker falcon’s range, where there is a shortage of natural breeding sites, artificial nesting aids are of valuable conservation help. The artificially created breeding sites (> look here: Nesting Aid Program are accepted by many saker falcons. Therefore an Austrian conservation initiative is working on creating an expanding network of artificial nesting aids which are increasingly used. Encouragingly, also breedings in natural tree nests were monitored over the last few years, with increasing numbers of hatched juveniles. 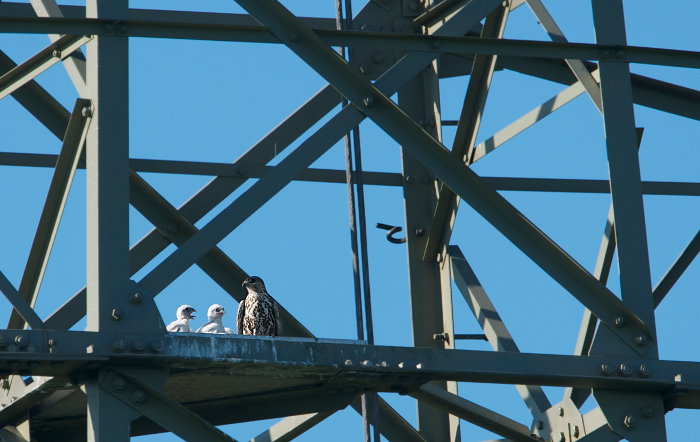