The saker falcon (Falco cherrug) is with 25 to 30 breeding pairs one of the rarest raptors in Austria. The species is part of the big order (Falconiformes) respectively family (Falconidae): Worldwide no less than 39 species belong to the genus Falco, in Central Europe, besides the saker falcon, four species are present:

To guarantee the long-term survival of these stately falcons - they can reach lengths of around 55 centimetres and a wingspan of almost 1.3 metres - we need to take action.

An improvement is indeed dearly needed, since the saker falcon, whose main distribution range stretches over the Eastern European steppes and Central Asia, does not only belong to the most endangered raptor species on a national level, but also on an international level. 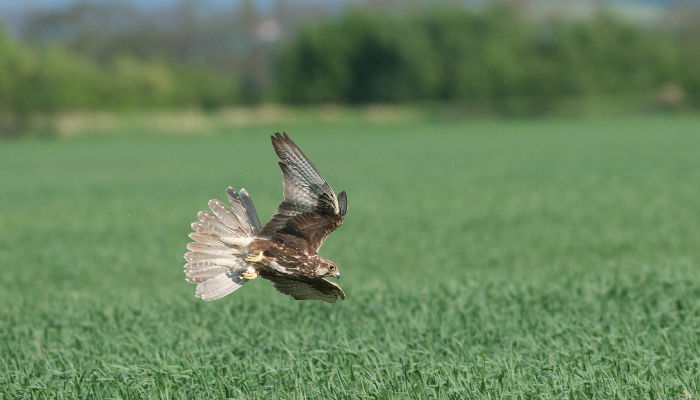 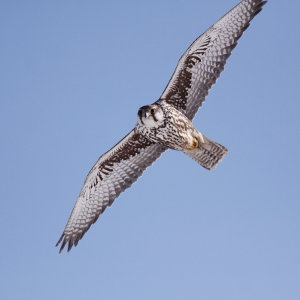 The saker falcon is about 46 to 58 centimetres big, of a compact and sturdy build with a wingspan of 100 to 130 centimetres. His wings are long, broad and pointed, dark brown spotted and banded on the top side like the top side of the tail. The underparts are off-white with dark brown spots and bands. The off-white head which is contrasting the dark top side of the bird is characteristic.

The females are considerably bigger and heavier than the males. The sakerfalcons are easily determined in Central Europe, however in regions were the lanner falcon (Falco biarmicus feldeggi) is also present, like on the southeastern Balkan peninsula, a certain possibility of confusion is given.