Saker falcons can be found in a wide range across the Palearctic region from western China and Mongolia across Russia, Kazakhstan and all the way to South-East and Central Europe. They breed in more than 20 countries. These include - in the western part of the distribution range - Austria, the Czech Republic, Slovakia, Hungary as well as Serbia, Romania, Moldova and Ukraine. The saker falcon population in northeastern Austria marks the northwestern distribution boundary of the species. 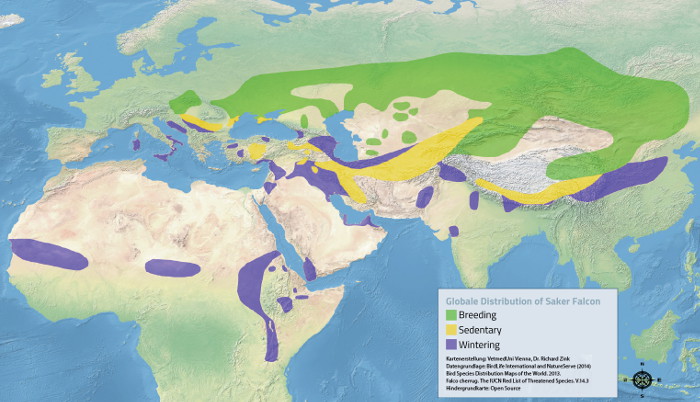 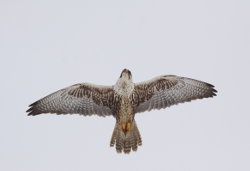 On a global scale, experts consider the population size to be in decline: During a 19- year period, from 1993 to 2012, the global population is assumed to have shrunk by 47 percent. The saker falcon is therefore listed as „endangered“ according to the criteria of the International Union for Conservation of Nature (IUCN). Particularly alarming are the dramatic population slumps in Kazakhstan and in the Asian part of Russia. Furthermore, decreases are noted in China, Uzbekistan and Iraq.

Paintings of saker falcons in Lower Austria could be backdated to the 17th century. At the end of World War II a maximum of 10 breeding pairs were found in Austria. After a steep decline in population numbers and the near extinction (1970 only two breeding pairs could be found), the population started to recover in the early 1990s. Between 1998 and 2002 the number of breeding pairs increased again to 15 to 20 pairs.

Today the Austrian saker falcon population is probably as high as it hasn’t been for a long time. About 30-35 territories can currently (2015) be found in the eastern part of Lower Austria, Vienna and the northern Burgenland. For the current status have a look at Nesting Aid Program 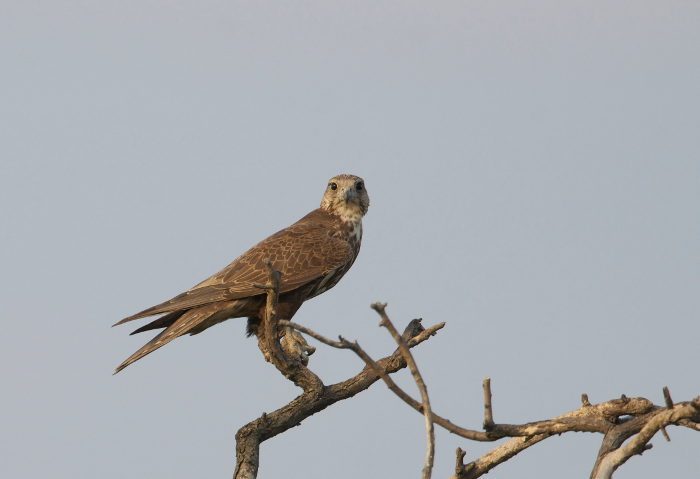