Formation of Couples and Breeding in Spring 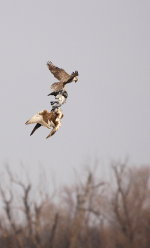 In early spring the saker falcon pairs find each other in their territories. If they chime well together, the pairs stay together for a lifetime, however a change of partners can also happen.
In Central and Eastern Europe the eggs are laid between the beginning of March and the beginning of April. The clutch size usually consists of three to four eggs.
Incubating the eggs is predominantly the work of the female, however for about a fifth of the breeding time the male is also sitting on the eggs. For the rest of the time the male is responsible for protection and providing the female with food. The chicks hatch after 28 to 30 days.

Raising of the Young and Migration Behaviour

It takes about 40 to 45 days until the young fledge, this takes place around the end of April until the end of May. By this time, however, the young falcons are not yet capable of hunting by themselves. Over several weeks, the parents continue to provide the juveniles with food and train them in hunting prey. Eventually, the family unit dissolves in July and August, although some families may stay together as long as September or even October. 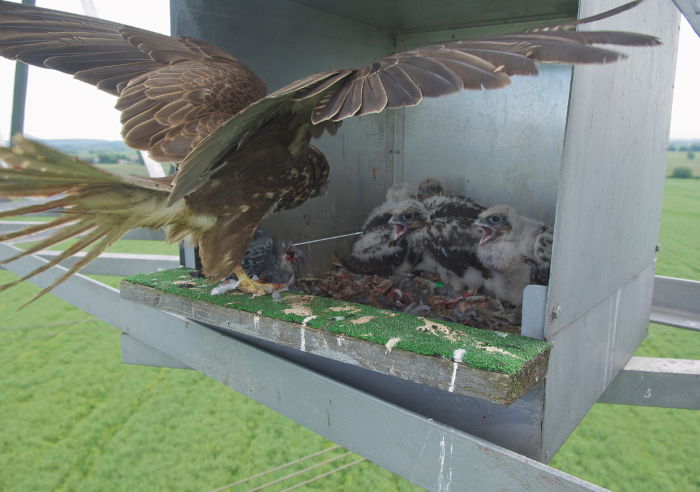 Until very recently, there has been only marginal information on the species’ migratory movements: Birds breeding in the northern part of the species range are often migratory, whilst birds in the southern parts are permanent residents or partial migrants.

Sakers at the westernmost distribution limit - such as in Austria, Slovakia, Hungary or in the Czech Republic - „decide“ from year to year whether they stay in the breeding area or migrate to spend the winter elsewhere. This depends largely on food supply and weather. If there is little food and weather worsens, there is a greater tendency to migrate. 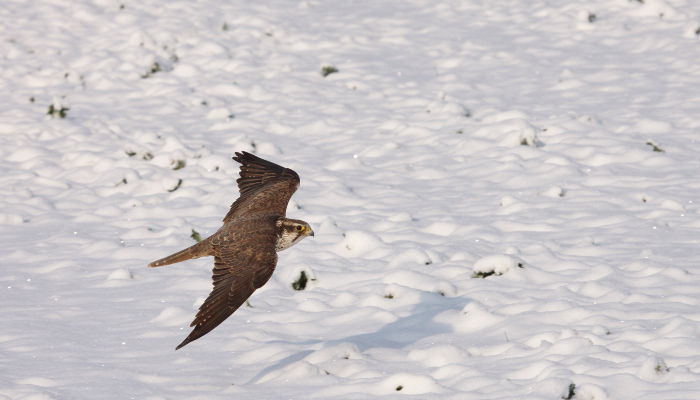 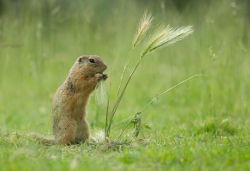 Being highly manoeuvrable and agile hunters, saker falcons can reach speeds of 120 to 150 km/h and suddenly swoop down on their prey. Admittedly, they are at their best hunting close to the ground or along hillsides in search of ground-dwelling prey. The predominant prey species saker falcons rely on for food, are medium sized mammals such as susliks, hamsters or rats. However they also hunt smaller birds like pigeons, larks or thrushes.